I had the opportunity to speak to Sophie Houlden, who is a vibrant member of the developer community, with a mountain of games spanning over a decade. Her projects include Rose & Time, Bang Bang Bang, as well as over 40 (!) smaller projects/jam games. 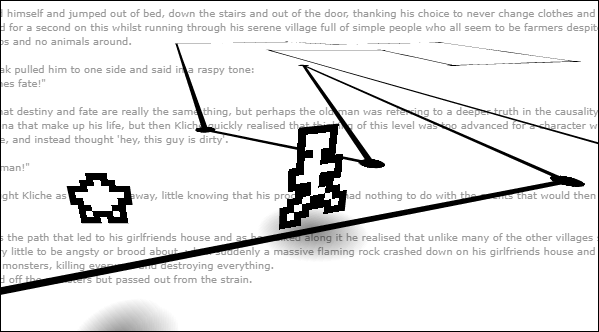 Of your numerous games, which came closest to the vision you had going in?

Sophie: Probably “The Linear RPG“, I had some concept sketches I made and the result looks pretty close. I think the reason is because of the scale, bigger games tend to stray further from an original idea just because I spend more time on them, the idea is going to grow and evolve over time. I think that’s fine to be honest, there’s nothing inherently better about the very first image of a game I get in my head – it’s important to let that develop (or cut away from it – a great idea that is never finished is only ever an idea).

I really liked The Linear RPG – it’s good to sometimes make a small game that starts as one joke. Is humour important when you’re working on a project?

S: Humour is sometimes important, but not always. It just depends on the game. It’s enough if working on the game is amusing for me; it doesn’t need to be explicitly funny or anything. (And to be honest, trying to be funny can be a real chore because it’s often difficult.)

How important are game jams in your creative process?

S: It varies a lot, sometimes I’ll make a game in a jam and then I’ll build on it and release something more robust/polished/bigger – it can be a good way to get a project started quickly without getting caught up in minutiae that I would otherwise worry about. A jam game skips a bunch of early work and either it works or it doesn’t, you’re forced to make all the big decisions early and once the jam is over then what a more polished version needs is apparent, it’s harder to get trapped in hypothetical, “if I do this am I committed to the game being XYZ and not ABC”. On the other hand, game jams are often exhausting and I can’t really do them as reliably as I could a decade ago. When I’m doing new projects, I tend to start in a jam-like mindset once I have the energy myself – rather than waiting for a jam and hoping I happen to be healthy and energetic on that jam’s particular weekend/week/month/whatever. 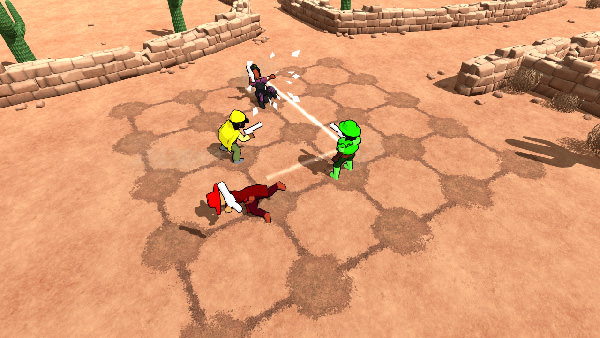 You’ve been creating games for a long time, now. At what point were you able to become a full-time indie developer?

S: At no point really, and if any, then only in the last year as I got my Patreon set up. I’ve been losing money and having debts grow for a long time, and I still owe a lot of money. I’m only now with the support of my patrons in this ‘neutral’ position where I can just about afford to eat and stay at home without my debt increasing.

Has your process changed much after moving from Flash to Unity?

S: When I first moved from Flash to Unity, the two were actually very similar, at least for how I worked. Although Unity has grown and changed quite a bit over the years so I guess my process has changed along with it? The foundation stuff is always the same though; you get an idea, you experiment with it, and if you think it’s good enough and worthwhile then you grind away at it until it’s done or until you can’t work anymore.

What advice would you give to a new developer starting out today?

S: Accept that you’re not going to make money, if you still want to do it then get stuck in and find stuff that you enjoy working on. If you’re not happy then find something else, that could be a different tool, maybe a different workflow, different kind of project, or maybe something besides games. I think if I did nothing but games I’d have destroyed myself a lot more.

What do you mean by destroying yourself?

S: My point being that working on games is tough, and sometimes it’s really tough. Gotta take breaks or be broken. 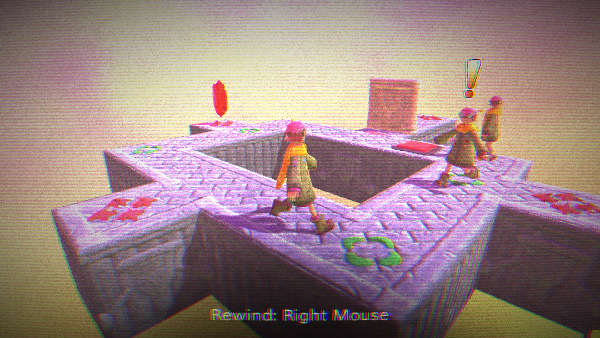 For you, is making games a means to an end, or an end in itself?

S: Both (again, it depends on the game). Sometimes I make a game because I think it is a game that should exist and so I’ll make it happen, sometimes I make a game because I need something to work on that I enjoy working on, like it’s a little puzzle for me to solve. If you’re asking if I’m making games as a way to accomplish some other thing in my life; not really. I just make games because I’m someone who makes games.

Thanks so much for the insights! Sophie is doing monthly builds on her Patreon, and releasing “ducksnakes” daily on Twitter.