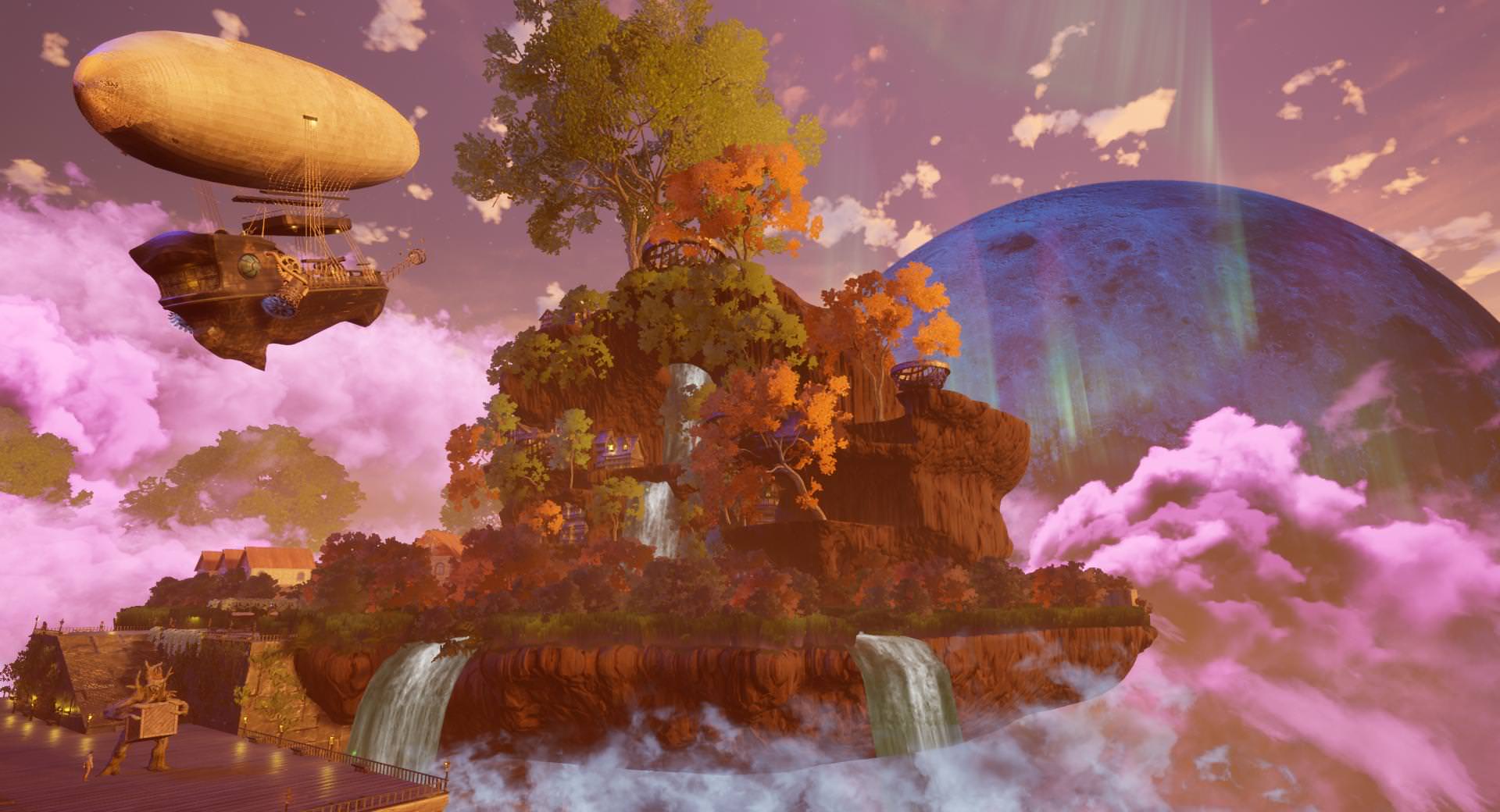 I saw the art of Wild Mage – Phantom Twilight, and was immediately drawn to it. It’s got a dreamy, modern twist on steampunk-like airships and floating islands, along with some interesting ideas about terrain. Lead developer Lucas McCann was kind enough to answer some questions about the title, which has already met its Kickstarter funding goal.

Can you tell me about the game?

Lucas: Wild Mage – Phantom Twilight is an open-world action/adventure RPG featuring airships, voxel-based floating islands, and next-gen combat. Monsters can be dynamically sliced or crushed into pieces. Terrain and structures can be altered or destroyed. Spells and abilities can be acquired from monsters and lore books. Wield a variety of powerful magic as you face hoards of monsters. In addition to dungeons, treasure hunting in Wild Mage also includes exploration through traps and puzzles with light to no combat.

Who’s in your team, and how did you meet?

L: Currently, we have Fabio Amurri as the audio lead working on music and sound effects, my brother Rick McCann as 2D concept artist, and myself as lead developer working on programming, game design, animation and 3D art. Rick and I have always had a passion for video games and beta tested almost all major releases together over the years. Fabio, who is a very talented composer for video games and movies based in Italy, started working with us after coming across our posts on social media.

How long have you been working on the game so far?

L: We have been working on Wild Mage for a year now, though I had the concept of the game in my mind for much longer, as it really came from a list of features that I had wished for in video games as a gamer over the years.

Are there any games/media you’ve taken inspiration from?

L: One of my favorite games growing up is the Final Fantasy series. I always liked the idea of flying an airship and exploring a world made of floating islands, partially inspired by some of the cut-scenes in FF IX. Dungeons and the multi-player style (if we reach multi-player funding goal) in Wild Mage are inspired by Diablo, and the idea of open-world adventures with traps and puzzles is analogous to the Legend of Zelda. 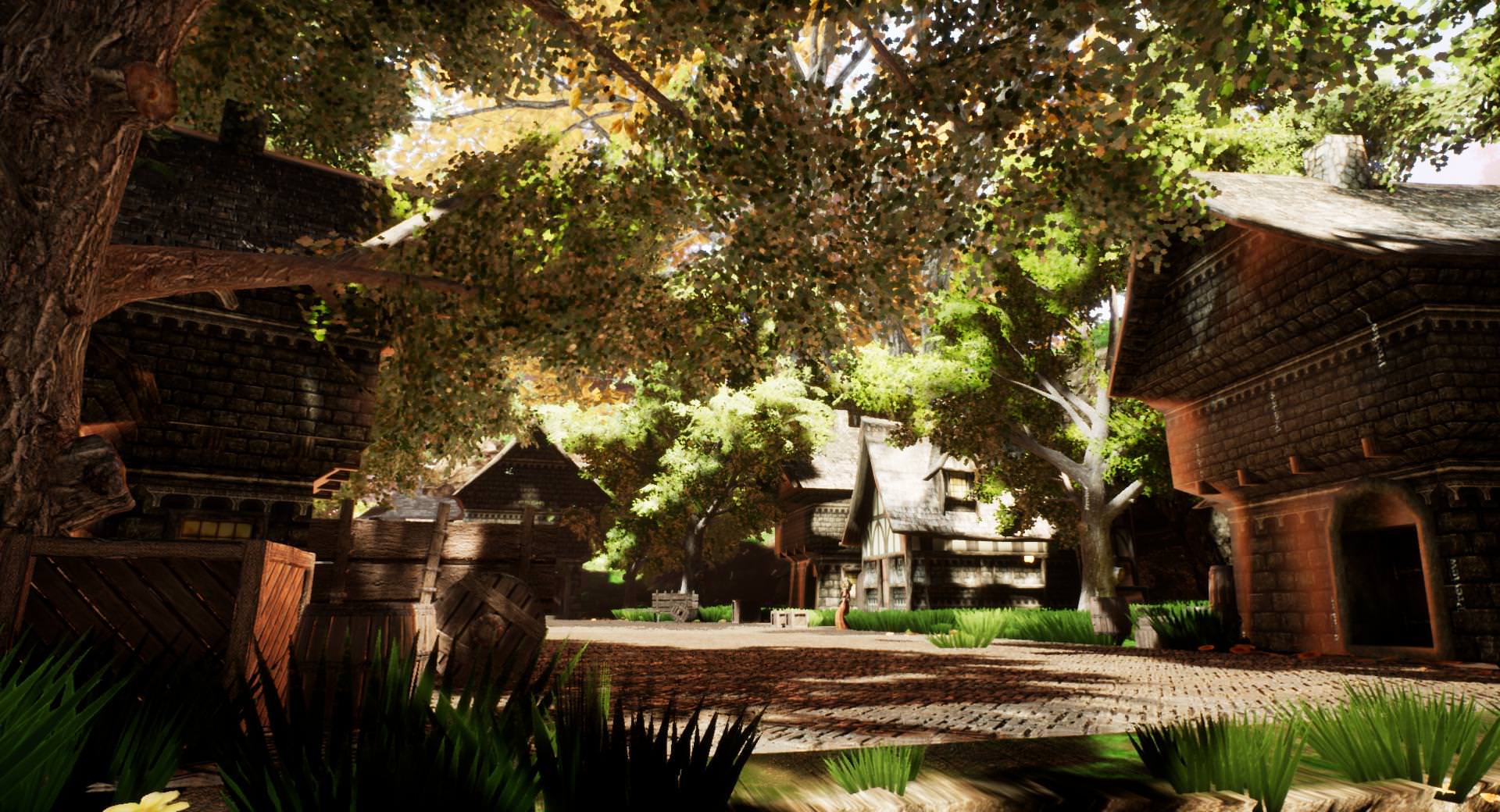 What is the game’s story/lore?

L: The story is set in the beautiful yet dangerous world of Etherion, which is made up of thousands of islands floating above a dense, purple Miasma. Rising at night and burning off during the day, the Miasma spawns terrible creatures and posts constant threat to the people of the isles. As a Wild Mage, you act as the right hand of the Tower of Heaven, extracting adventures, escorting ships, reclaiming lost islands, with an ultimate goal to close the portal through which the Miasma came and restore peace to Etherion.

The art direction is really dreamlike. Does this tie into the story or the world?

L: It’s tied into both the story and the world. The dreamlike nature of the world is caused by the Miasma, which breaks down the vail between the planes of existence. The closer to the ground you get, the denser the Miasma becomes, and the more the reality breaks down.

Do you design by coming up with mechanics first, or lore?

How does altering terrain impact the gameplay?

L: This is a great question and I’m glad you asked. In Wild Mage, destruction to terrain and structures is a key feature, but not the goal, and it has its consequences. For example, if you blow up a bridge, you may find it hard to cross a river. But if done strategically, it can slow down monsters that are chasing you. If you dig a big hole in the ground, you may find it hard to get out of it yourself. But sometimes digging a tunnel is the quickest way to get to a different part of an island, or the only way to find hidden treasures. If you destroy your airship with a fireball, you may find yourself stranded on an island. If you destroy a villager’s house for no reason, you will have to pay for the damage with gold that could’ve been used for an artifact weapon. It’s not about causing damage just for the sake of damage itself, it’s about using it to your strategic advantage. There will be trial and errors, just like life itself.

How do you organise your work, to keep track of development and such?

L: I actually have a project manager with years of product development experience on our team that helps us track progress and make sure that our timeline and milestones are met. We also structure the project in a way that is modular and easier to manage in terms of time/resources/risks. For example, instead of making a world map that is vast and empty and filling in contents later, we’re designing islands one at a time, each with its own unique adventures, and adding to the map as we go. 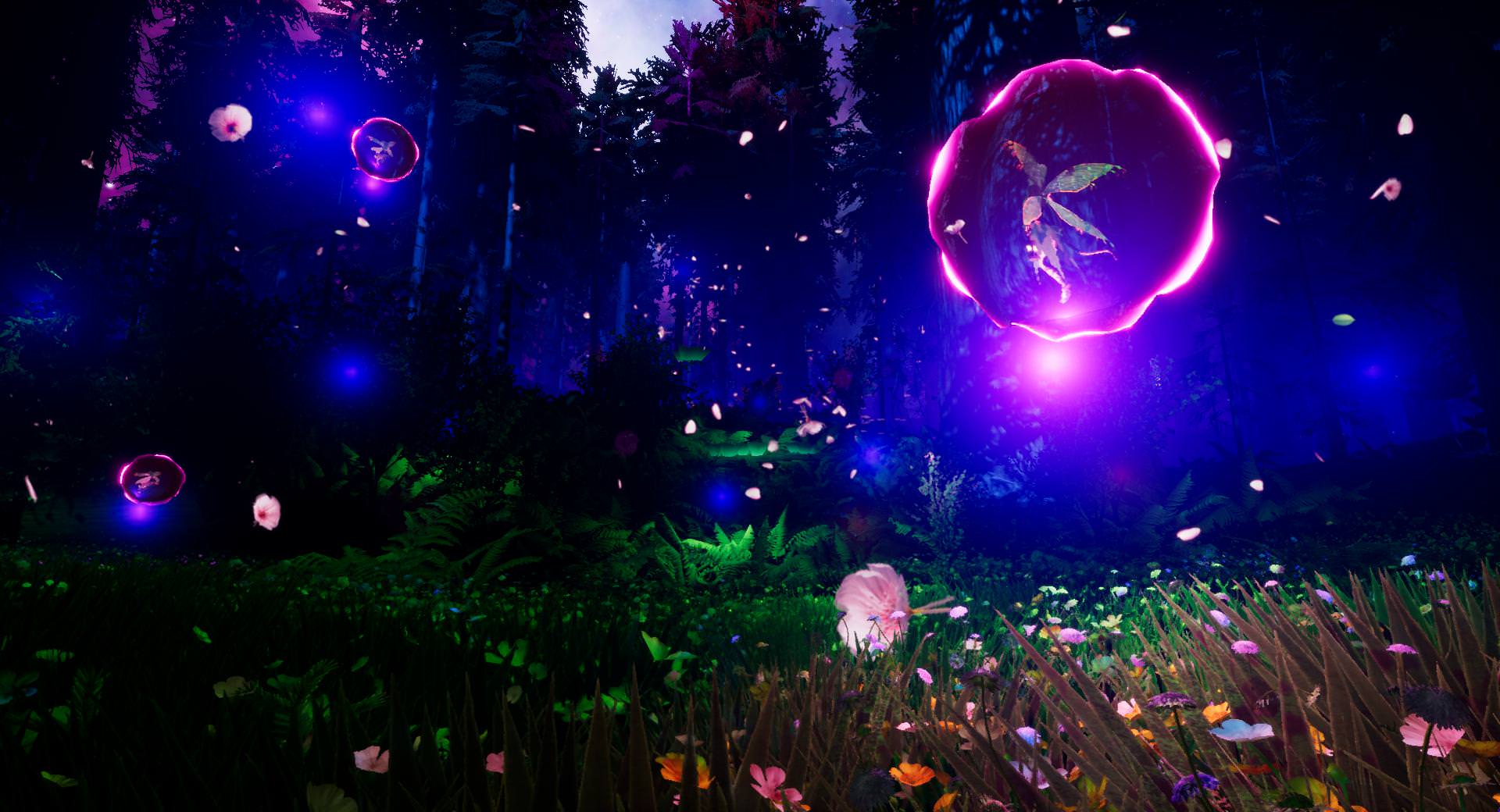 As a “Kickstarter” title, how would you like to reassure backers that you’ll be able to meet your goals?

L: We have been funding ourselves and working on Wild Mage for over a year now, and have already worked out the key technical innovations and core mechanics that make this game unique. At this point, I don’t see any core technical issue that may keep us from delivering the game with promised features, and what’s left is content creation and polish. We also made a decision to keep the scope for initial release small and focused, to minimize possibility of unexpected challenges and delays.

Thanks a lot to Lucas for the insights! Wild Mage – Phantom Twilight is on Kickstarter now, and is already on its way to meeting stretch goals. Beta testing is expected to start in Q3 2019.