Warning: "continue" targeting switch is equivalent to "break". Did you mean to use "continue 2"? in /home/public/blog/wp-includes/pomo/plural-forms.php on line 210
 The Platformer Where You Literally Cannot Die | Dog's Blog

The Platformer Where You Literally Cannot Die

Wario Death is such a typical “failure state” in platformers that it’s hard to imagine one without. Yet, for Wario Land 3, this absence makes it one of the most innovative platformers you can play, even two decades after its release.

There are a few things that make this design functional:

Death is the defacto platformer “failure state”, as you reset at the previous checkpoint to have another go. In Wario Land 3, this is removed entirely. Instead, enemies will stun you or give some status condition that may set you back. If you fall off a platform, or get sucked into a bubble, you will find yourself having to attempt a small section over again. 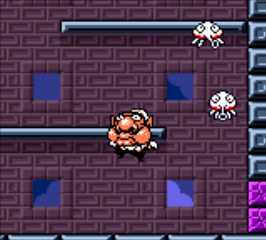 The enemy effects are also funny! Wario finds himself being turned into a zombie (must find a light to turn back) or swelling up as an allergic reaction (floating up until he hits a solid object). The varied effects bring something new to almost every level.

Better yet, the player keeps some control. They may guide their dizzy Wario as he stumbles, or continue making progress in the level while Wario is on fire! Getting hit by enemies does not interrupt play, but adds to it.

A few games have dabbled with “no failure state”, such as TT’s LEGO games, or Kirby’s Epic Yarn. In these, a death means no progress is lost whatsoever. However, in Wario Land 3, the levels loop in ways to capture players’ mistakes safely. There is a “failure state”, but it isn’t death.

To give a simple example, many of the platformer sections have pits to fall in. The player runs back to a ladder, and climbs up to the starting position. This format is used in many ways; for example as Wario tries to make his way down through a swimming section and must avoid bubbles that return him to the surface. 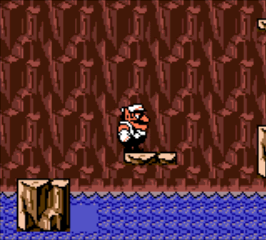 Many levels rely on one gimmick, such as a water current that will take Wario to the start if he falls in. Pictured is a clever “break” in this current, giving a mid-level checkpoint to ensure that challenges don’t become too frustrating.

None of this couldn’t be done with traditional “death and checkpoint” mechanics, but keeping the player alive ensures there is never a break in the flow.

Making Puzzles From The Effects

The transformations are regularly used as puzzles, taking advantage of how they all play differently. Pictured is ‘Fat Wario’ and a little donut-throwing enemy. 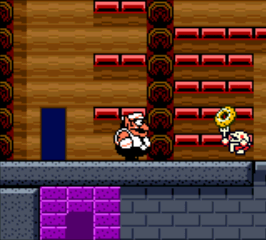 In some levels, fatness slows you down as your jumps shake the earth. However, here you need to use your earth shaking to get the donut chef to bounce up the platforms on the right! It’s a clever puzzle, and the sheer number of different effects allow for many of these moments. Perhaps you need to use the zombie to fall through the floor, or get turned into a spring to bounce to a high place? 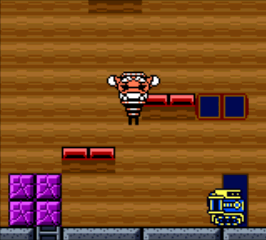 Wario Land 3 is one of the best games on the Gameboy Colour, and I’m surprised that the no-death concept hasn’t become a regular feature. Perhaps the best lesson to take from this game is that nothing is sacred in your favourite genre – it could even lead to new innovations. Superhot took the FPS genre and slowed it down so you can plan your actions, while Snake Pass is a 3D platformer with no jump button. What about a dungeon crawler where you aren’t trying to kill enemies, or a fighting game where the characters don’t take damage?

If nothing else, push boundaries.

RSS
This entry was posted in Article. Bookmark the permalink.